PRESIDENT’S TROPHY:    One qualifying round. Best 16 net scores to  qualify Draw partner’s 4BBB matchplay on handicap. Lowest handicap gives all the shots. To be played off the men’s card.

PRESIDENTS SALVER This will be played for instead of Presidents Trophy if not enough Ladies for the President’s Trophy.

WUMP TROPHY: Teams of 10 Players. (If more players want to play on the day 10 players have to be nominated for scores before play commences) Average of team stableford scores.

SEASONAL ECLECTIC:   Best 18 holes gross, less half handicap over the period defined in the programme.

CHAMPIONSHIP (Silver):  0 to 18.4 Two qualifying rounds. Lowest 16 gross score over one round to qualify. Match play over 18 holes.  Final over 36 holes. 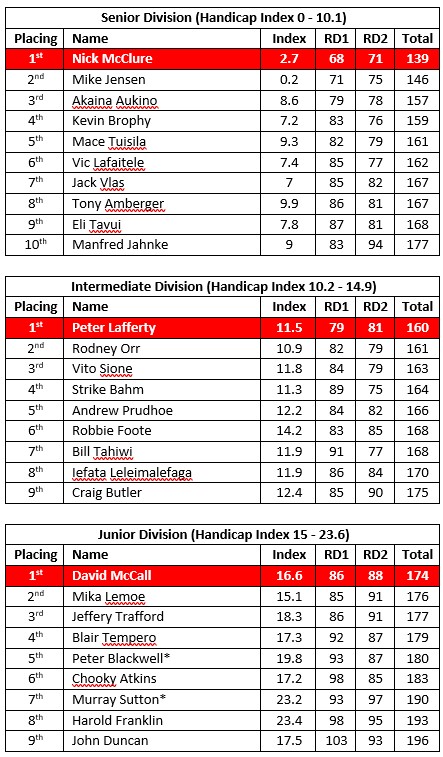 The 2017 Hunt Electrical Mens and Womens Trentham Open was played on Saturday 18th November in mostly fine and calm conditions. Over 120 golfers represented the field from various clubs all around the Wellington region.

Thanks to the support of our principal sponsor Hunt Electrical Ltd and our hole in two/longest drive sponsor, Aardvark Audio as well as the active participation of member volunteers including marshals, referees, scorers, sausage sizzlers, caterers, the John Hunt challenge team, the day was a great success.

The green staff have been doing a terrific job looking after the course and a number of vistors commented how well the couirse was prepared.

Congratulations go to our 2017 champions

Special mention is given to Jamie Ryland who played the perfect shot on our 3rd hole.

All smiles on the tee 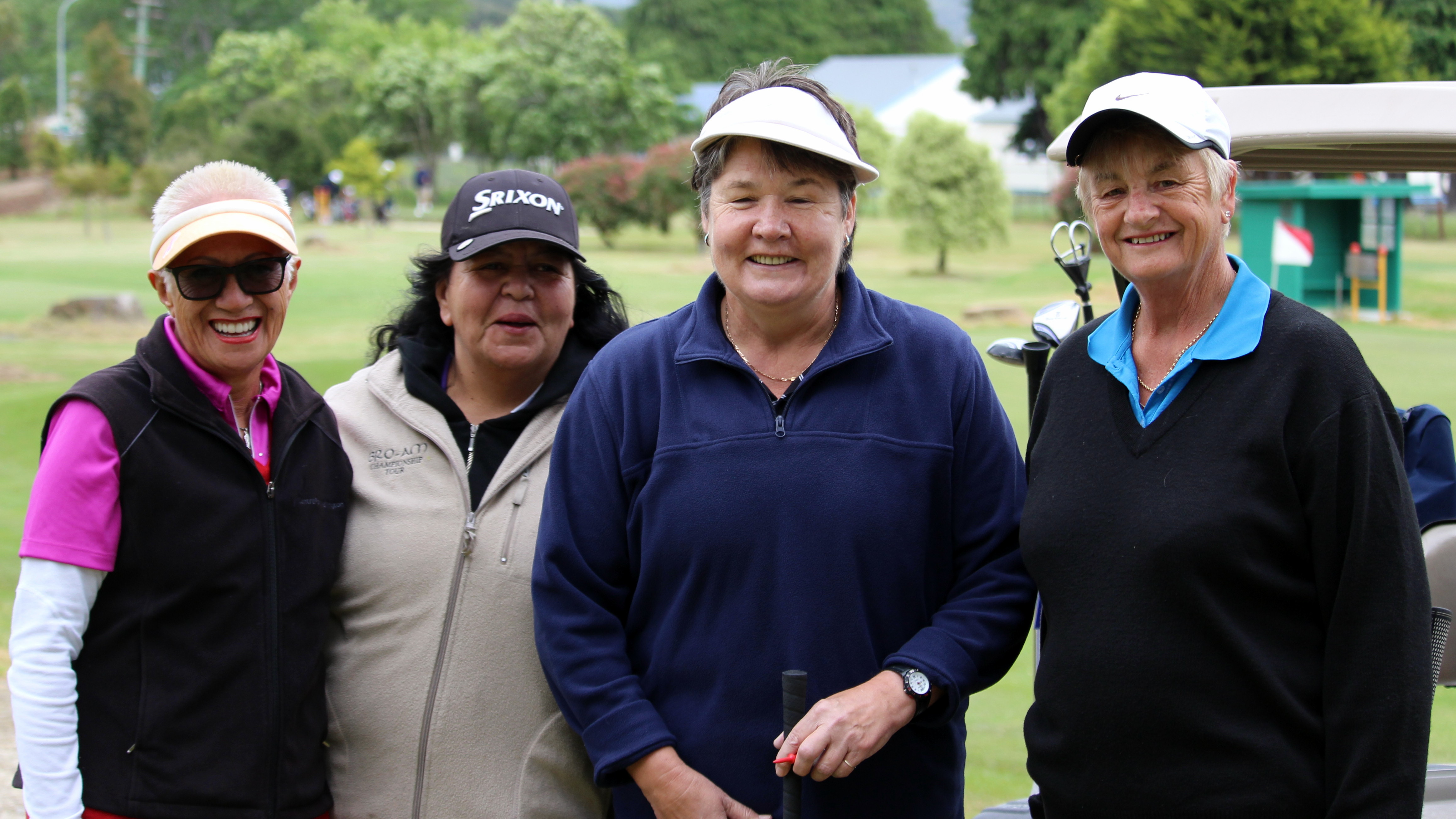 Robyn, Shona, Nicky, and Faye taking time out for the camera 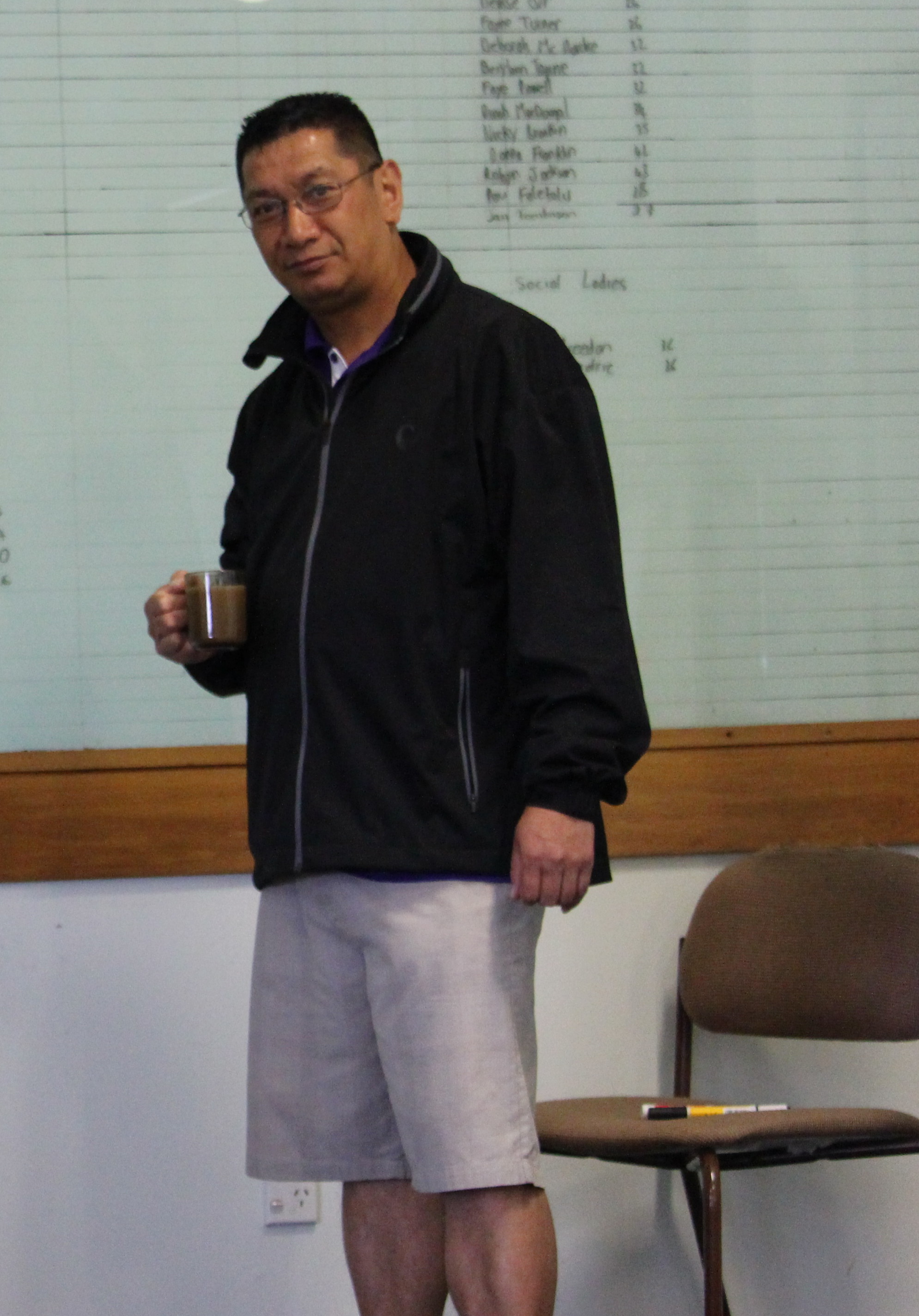 The newsletter is kindly put together by Mike Letoa.  Articles are always welcome and can be left at the office for inclusion in the newsletter.

Trentham Golf Club took out the Champion of Champions held at the Miramar course on Sunday 17 November.  The team of Nick McClure, Dion Codyre and Neil Haxton won the event with a combined gross stableford score of 165 2 shots ahead of host club Miramar on 163 followed by Karori on 162.  Trentham's effort on the day was impressive in benign conditions with Nick McClure leading the way taking individual honours on a course he was playing for the first time with rounds of 68 and 71. McClure tying with Eden McCabe from Boulcott Farm on 139. Trentham's junior player Neil Haxton finished runner up in his division on 162.